Email ThisBlogThis!Share to TwitterShare to FacebookShare to Pinterest
Labels: Historia

US Military vs Russian Soldiers

In this post, I am going to make a comparison between the United States armed forces soldiers and the Russian military troops. I am going to start off by briefly comparing the decision-making, boldness, and gallantry of both military in historical battles. During World War II, 70% of the burden of that armed conflict was carried by the Soviet Union alone. The Russian Army had to fight along a whole front alone against the best German troops, Waffen-SS units, for example. Let us remember that Adolf Hitler and the Wehrmacht deployed the best armored division and Luftwaffe pilots for Operation Barbarossa.

The most vicious battles of World War II was fought on the Eastern Front, like the Battle of Stalingrad, the Battle of Moscow, the Battle of Kursk, and the Battle of Berlin. The Russians did not resort to the use of atomic bombs to make Germany surrender. They launched a tenacious and fierce soldier assault on the capital of the Third Reich, exposing their chest to the German bullets. The Russian military did not even use carpet bombing or fire bombing of civilian populations like the American military did.

On the other hand, the American military and Democratic government did resort to the use of two atomic bombs and the fire bombing of Japanese civilians to force their emperor to surrender. The only real brave American soldiers, who can be compared to the courageous Russian soldiers of Stalingrad and Berlin, were the US Marines (it takes guts to conquer an enemy pillbox or bunker, specially when you have to move forward and expose yourself to machine gun fire).

As far as biological and psychological warfare is concerned, the USA military seem to be extremely afraid of viruses, to the point of being paranoid; afraid of being surreptitiously penetrated and destroyed from within by something they cannot see. Perhaps, it arises from the deep-seated fear of germs always present in the Hollywood and mass media-induced patterns of thinking in the American culture. Since the end of World War II, the US military personnel have always shown to be very malleable, swayable or easily influenced by propaganda. It is pathetic to see their military wearing a mask, which dishonor them. Shame on them!

Below, a comparison between Russian women soldiers, gallantly parading on Victory Day, with their faces exposed to the weather and environment, and the 21st century US Marines, malleable and meek, cowardly wear the mask of shame and dishonor. 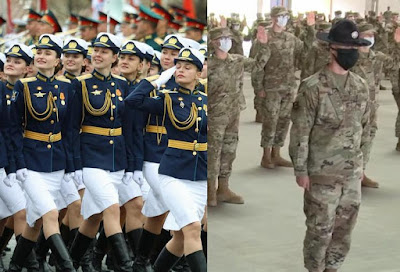 On the other hand, the Russian soldiers and the government officials seem to laugh at the US and European military counterparts who obediently and cowardly wear the mask of tyranny, dishonor and fraud. Russian and some Eastern European armies, along with the Swedish and Tanzanian, are the only military who are not afraid of a virus, and are not deceived by mass media, because they know it is a big hoax orchestrated by big tech billionaires and American politicians. They know it, because Putin is aware of it; and he is aware of it because he used to be head of the former KGB. He laughs at you, Americans, malleable and swayable; a flock of meek sheep afraid of germs ready to obey the orders of the crooked in chief.

Below, Vladimir Putin, President of Russia and commander of the armed forces, and Biden, the clown-in-chief of the big hoax.

On May 9, during the 2021 Victory Day parade in the Red Square, the Russian military showed the whole world that not only are they not afraid of germs, but they also don't let themselves be deceived by the "lethal virus" fraud concocted by American billionaires and crooked Democratic politicians. Watch this video on bitchute.

bitchute channel journalists explain about the legal process in this video


Read the online newspaper that deals with the Nuremberg 2 process

Email ThisBlogThis!Share to TwitterShare to FacebookShare to Pinterest
Labels: Historia

Most lethal anti-tank guns in WW2

Below, a photo of the 8.8 cm Flak 36, the anti-aircraft gun being fielded in the anti-tank role by the German infantry in France in 1944. 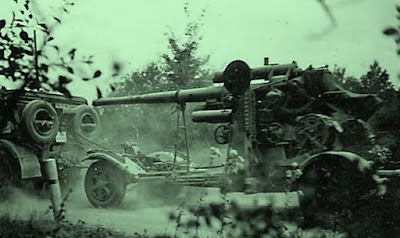 The 8.8 cm  KwK 36 on the Tiger I tank in action. The video is about tank commander Michael Wittmann, who became an ace with the this powerful gun.

The 8.8 cm flak in the tank killer role (video)

Email ThisBlogThis!Share to TwitterShare to FacebookShare to Pinterest
Labels: Artillery 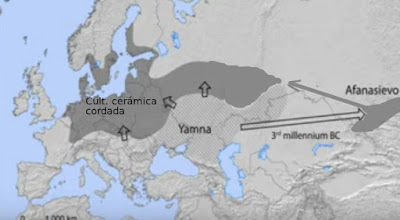 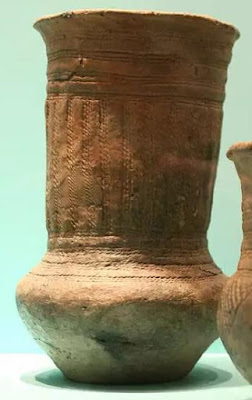 Email ThisBlogThis!Share to TwitterShare to FacebookShare to Pinterest
Labels: Arqueología

James Warren Jones (1931-1978), known as Jim Jones, was one of the most dangerous psychopaths in the history of the United States. As a pastor of the Methodist Church, he founded the People's Temple in Indiana in the 1950s. By mid 1970s, he moved to San Francisco where he began to show his insane capacity to manipulate people and induce behavior in them that was to his advantage.

Because he was under investigation by the FBI, Jim Jones moved to Guyana in 1978. There, he founded Jonestown, which was the People's Temple Agricultural Project, an isolated Christian community. In this new milieu, Jim Jones would induce a mass suicide of 909 people, making them drink soft drinks poisoned with cyanide. Weak people without personality are always looking for someone who leads them and take charge of their lives. And this bunch of American citizens fell in the hands of one of the worst psychopaths in the history of mankind.

Email ThisBlogThis!Share to TwitterShare to FacebookShare to Pinterest
Labels: History 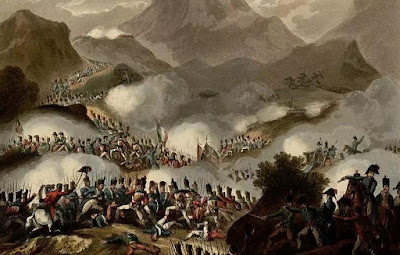 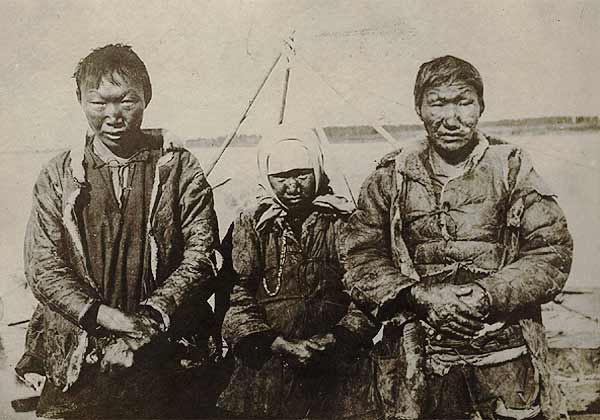 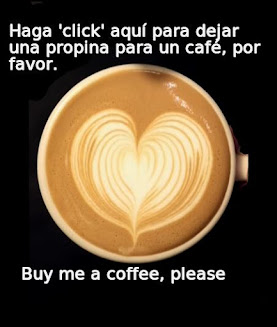 historiaguerrasyarmas.blogspot.com is a bilingual blog, on which you can find posts written in Spanish and English, but each one of them is not translation of the other posts that deal with the same subject written in the other language.